The alternative comics in Serbia in 1990s presented a mode of the continuity of radical amateurism of Socialist Yugoslavia, heralded by Aleksandar Zograf and Danilo Milosev Wostok. Drawing from the form of comics fanzine, the freedom of assemblage, collage, paraphrase and remix was a foundation of Wostok‘s experiments in his interdisciplinary, collective and individual projects. The continuity of his work enabled him to create codes using recurring motifs, inscribing new context and meaning to the envoked fragments of cultural memory. His approach to the legacy of the historical avantgardes in Yugoslavia (1920-1940) contributed largely to the subversive significance of his work in 1990s. His evocation of ‘Barbarogenius’ of Ljubomir Micic, the founder of the avantgarde movement zenitism (1921-26), along with actualization of the works of OBERIU group (1928 through 1930s), especially Danil Kharms and Aleksander Vvdenski (Christmas at the Ivanovs), gave a deeper perspective of the social critique to new generations in Serbia. Wostok’s treatment of the literature of absurd in the Soviet avant-gardes in Serbia in 1990s, became the most effective reflection on the absurd dominant political discourse during the destruction of Yugoslavia and its consequences. The characters and symbols inspired by the Micic’s works established a continious critique of the both: national mythomania in the isolated country and colonial gaze upon ‘imaginary Balkans’, taking this imagination to its sharply contrasted, echoing hyperbole. His response to the decades of the transition in post-Yugoslav region was the special project dedicated to Miroslav Krleza (1893-1981) in 2012, the most profound critique of the new/old post-Yugoslav societies. 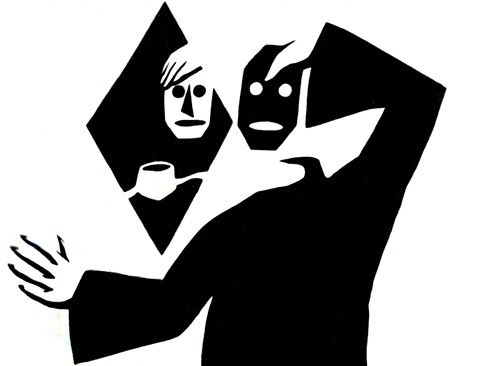 Telling ‘through’ the texts of the historical avantgardes, Wostok performed a double perspective, giving both historical perspective and continuity to the absurd, a view on the social processes from both past and future. The connection to the historical and neo-avantgardes of Yugoslavia can be seen in the very framework of the comics fanzine, selforganized comics production of local collectives and workshops, interdisciplinarity of his projects which evolved to the complex performances – his overall methodology carries the continuity with the mechanisms of the emancipation of art from the official cultural infrastructure, which constitutes, according to Aldo Milohnic [1], the basic intervention of radical amateurism in Yugoslavia. Alternative culture in Serbia 1990s, the context which allowed alternative comics to develop their experiments and manifestations, claimed this continuity with the radical amateurism either through their manifestos (Low Fi Video movement, 1997-2003) or through their contemporary responses and methods of resistance to commodification, professionalization and allienation of culture (computer demo scene, Kosmoplovci collective). Wostok comprised all those practices, participates in them, and inspires new generations to draw from this continuity.